Playing the classic board game of Taboo is a fun way to engage your students in class. It is a great game for improving listening and speaking skills. It is appropriate for all ages and levels. 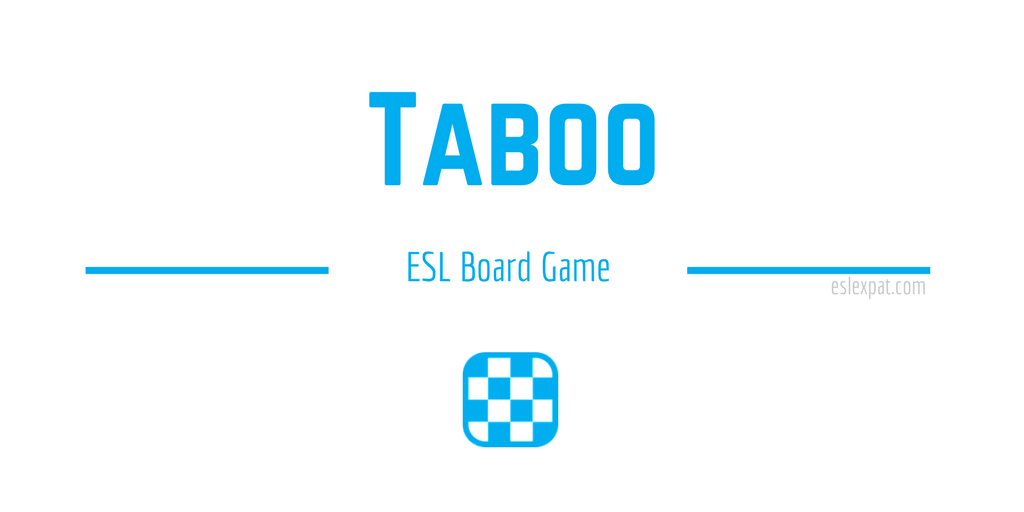 Before class begins, you should prepare a list of words and about 3 to 5 synonyms (or related vocabulary) for each word.

There are some prepared lists online if you want to download them. For example, there is a good list of Taboo words on the ESL Games website. Plus, you may want to try online versions of Taboo on the following sites: Playtaboo.com, Taboogame.net, and Playtaboogame.com.

Alternatively, customize your own taboo lists using the vocabulary from your class textbook.

Taboo is very similar to games like Back to the Board or Hot Seat. Though, in Taboo, the aim of the game is more challenging. Students must describe a word to their group without saying any of the synonyms on the Taboo list.

To start, model a demonstration of the game for the class.

Board a simple example using a noun, such as “office”.

Below office, write the following words:

Next, tell the class that you will try to describe the Taboo word to the student without saying the 5 related words. If any of the related words are said then no points are scored.

For example, you could say, “This is a place where people go to umm… sit down at their… ahh. They sometimes talk with… mmm. Ah! Business people go here every day and make money!”

Hopefully, with those clues, the volunteer student will say the Taboo word “office”.

If time permits, do another example so that the class understands the goal of the game.

After modeling the task, divide the class into small groups. Hand out the Taboo word lists that you created ahead of time to each group. If you didn’t have time to prepare the lists, students could use one of the online versions of the game.

Then, the students can take turns guessing the Taboo words. Remember to set a time to complete the task.

Monitor and assist students who are having difficulty describing the words.

Finally, lead feedback and perhaps have a final showdown with the students from each group who scored the most points.

If you still have some time in the lesson, try doing some extension activities with the vocabulary. Other games like the Comparatives ESL Game or the Storytelling ESL Speaking Activity are appropriate for most levels.