This activity is an adaptation of the popular British game show Blankety Blank. Students create sentences with blanks and their classmates must try to guess the missing words. The game is useful for practicing gerunds, vocabulary, sentence structures, and other English skills. 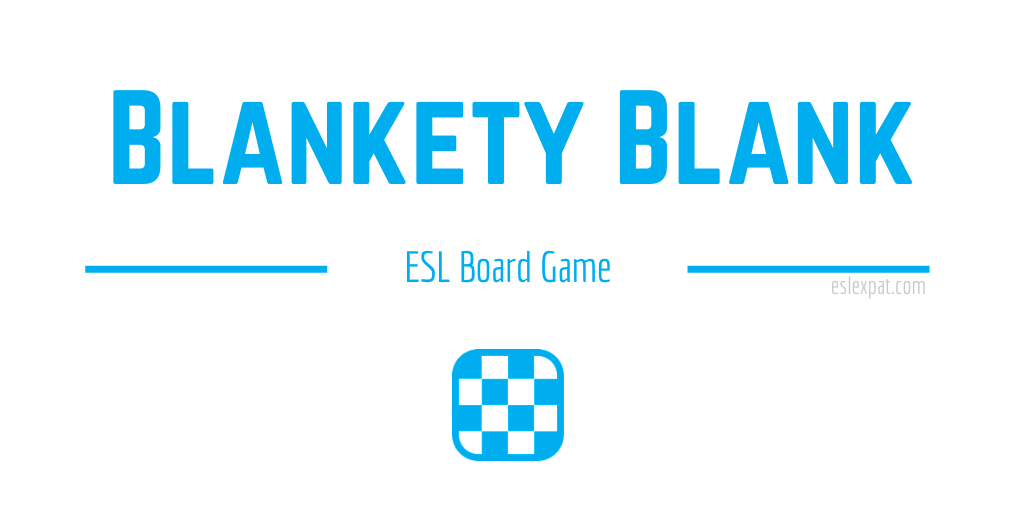 Before class, prepare three example sentences with one blank space in each sentence. They can be random sentences with no particular theme or you can focus on something more specific that you would like to review with your students.

Write your example sentences on the board.

Here are three sentences that you could use to demonstrate how to play the game:

Tell the students to write what they think the missing word is in each sentence.

After a minute, reveal the words that you omitted and fill in the blank spaces.

1. He didn’t buy the car because it was too expensive.
2. She really hates the smell of garbage on the street.
3. They had a lot of free time because they didn’t have to work anymore.

Inform the class that any student who guessed a word correctly would receive a point for each answer in the real game.

Next, put the students into at least two teams. Each team creates a list of sentences with blanks similar to the example sentences. They will use their sentences to test the other teams. Give them 10 minutes to create about five sentences per team.

Finally, start the first round. One team reads their first sentence aloud.

The students in the opposing teams listen and write what they think the word in the blank is.

After they have written their answers, the team reveals the correct word. Anyone who guessed correctly scores a point for their team.

At the end of the game, add up the point totals on the board and continue with the next team’s sentence.

Continue playing until all of the teams’ sentences have been answered.
Tally up all of the points and reward the winning team with a prize.

Another game that you could try to increase interaction in the classroom is the Cards Against Humanity ESL Game. Instead, for a quick vocabulary review, check out the No Harm No Vowel ESL Game which is appropriate for all ages and levels.