This classic Alibi ESL game is popular with students of all ages.

The concept can be challenging for beginners; however, it is extremely engaging learners with at least an intermediate level of proficiency. 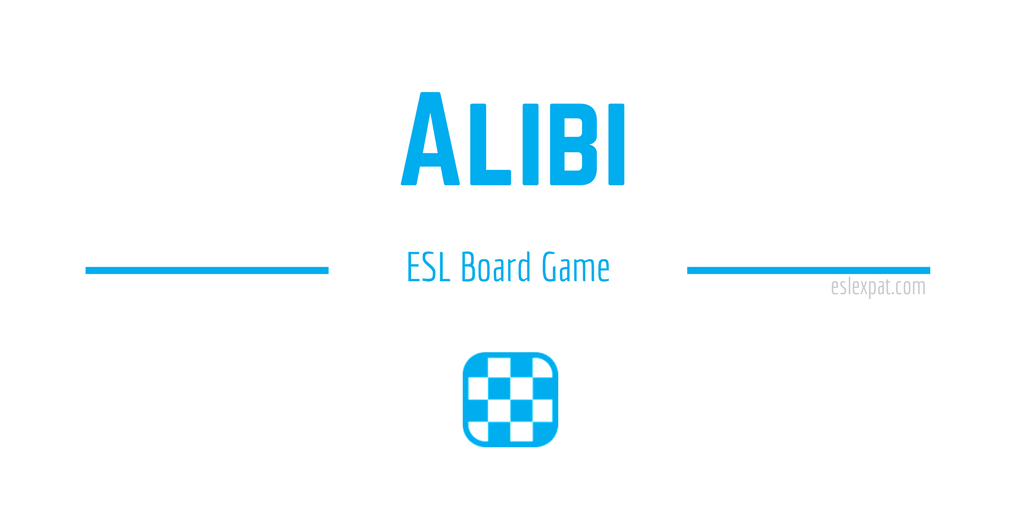 For this game, you don’t need to prepare much. Beforehand, you could think of a few crime scenarios to present to the class.

If you want, you could prepare a brief paragraph (5 short sentences) describing a hypothetical crime. Take the paragraph from this page if you are running short on ideas.

At the start of the class, tell them they are going to play the game of Alibi. You may want to elicit what the meaning of the word is to activate students’ schemata and background knowledge.

Next, present the students with the crime scene. Describe what happened. We will use the paragraph below for this example.

Last night, a small grocery store was robbed. All of the money was taken from the cash register. Unfortunately, the camera surveillance system malfunctioned so there was no recording of the robbery. The suspects are unknown. However, the police have determined that the culprits of the crime could be in this classroom.

For class sizes of 20 students, you could select about 4 students to be suspects. If your class is larger, then you could select more if you wish. However, for smaller classes, 2 suspects would be enough.

In this example, we will select 2 student suspects to simplify the task.

When you choose the 2 students, tell them to go outside of the classroom together and prepare to get their story straight. They need to be ready for the onslaught of questions that they are about to face from the class policemen and investigators.

You should probably demonstrate some example questions for everyone beforehand so that they understand the goal of the game.

When the two student suspects are outside, divide the rest of the class into two groups. One group will be “Policemen” and the other will be “Detectives”. You could alter the group names to be other things like “DEA” or “FBI” depending on your students’ preferences.

The two groups should prepare a list of 10 questions to ask both suspects. They should create two different lists to make the game more competitive.

Once the questions are completed, have the suspects return to the classroom.

As an extension to the game, you could have the students do a written report on what really happened at the crime scene. For example, they could write a short paragraph describing the incident.

For other fun follow-up activities, you could try playing the Guess Who ESL Game or the Comparatives ESL Game.