This comparatives ESL game uses player cards from EA Sports games to encourage students to practice comparatives using authentic content. The activity can be adapted to suit any age or level. 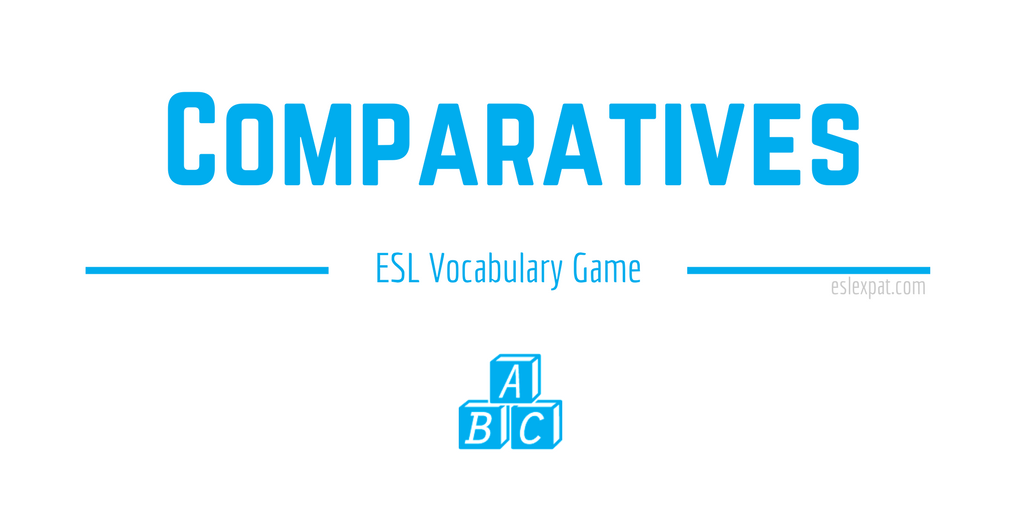 To prepare for the game, go online and search for EA Sports player ratings. If you want to focus on a particular sport, add it to your search query. It may also depend on your teaching context. Focus on a sport that you know most of your students enjoy.

For example, since soccer is widely popular in most countries, you could do a search for EA Sports FIFA player ratings. This will bring up several player cards on the EA Sports website.

Alternatively, you could search for basketball, football, hockey, or golf and find player cards for those sports instead. Try to select a sport that your students are familiar with or curious about.

Also, you could use sports highlights on YouTube that have stats. For instance, students could practice comparing the stats of athletes or teams shown on the screen.

To begin the activity, elicit some background knowledge of the sport that you have chosen. Let’s use soccer as an example for this version of the game.

Have students discuss their favorite soccer players in pairs or groups.

After the short discussion, lead feedback and get a few individual students to talk about their favorite players.

Next, on the board, write two players’ names that were discussed. Under one of the players, write a few adjectives that describe his personality, appearance, and soccer skills. Get the students to help you come up with as many adjectives as possible.

Then, have the students do the same thing for the second player. They can think of adjectives in pairs or groups. After a few minutes, elicit the adjectives that they came up with. Write the adjectives on the board under the player’s name again.

Now, with all of the content on the board for everyone to see, create some comparative sentences.

For example, here are some sentences comparing Ronaldo with Messi.

Other comparative sentences related to their character and personality are possible too.

Next, have the students create four sentences with their partner (or groups). Encourage as much speaking as possible. Then elicit their answers after a few minutes.

For the final stage of the activity, show the class the EA Sports player cards for Ronaldo and Messi (or two other players). Of course, this works best if you have a projector screen so everyone can see. If not, you could print out paper versions and hand them out.

The students can then make more comparisons using all of the stats and visual information on the cards. Have them practice, monitor their progress, and lead feedback again.

Students can then perform the same tasks for other players using other EA Sports player cards. It will be even more efficient if the students use their smartphones to look up the cards online.

Time permitting, you may want to reinforce what they have learned with a writing task. Students can then write sentences about the players using the comparatives.

For the next class, try reviewing comparatives with the Bingo ESL Board Game or even try a classic round of ESL Jeopardy.

ESL Games for Kids and Adults: 50 Fun Activities for Teaching English as a Second Language

Order the book directly from your country's Amazon store!