This game is recommended for kids because of its simplicity, though if you are creative and want to raise the level of difficulty, it could also be used in adult classes if you want to have a change of pace in your lesson. For the Pass the Marker ESL Game, all you need is a marker and a board. 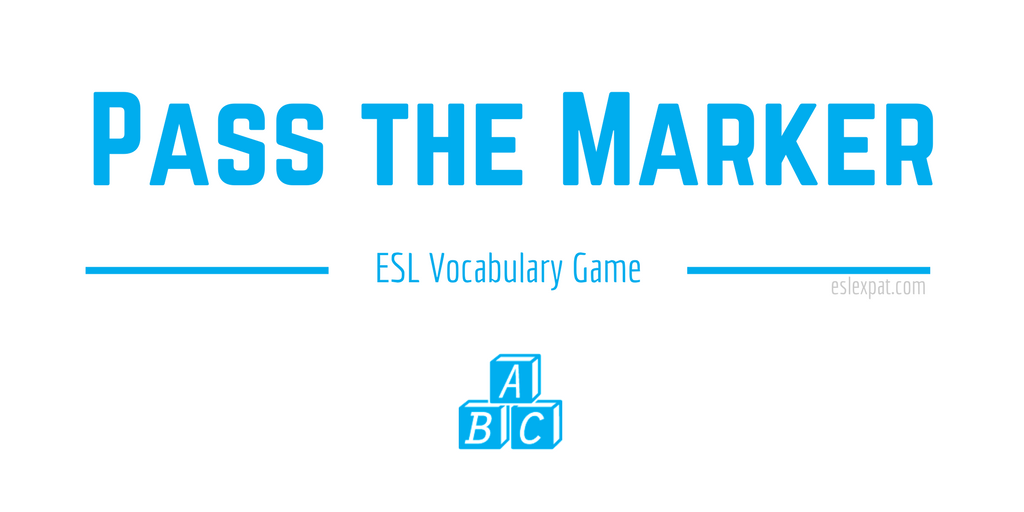 All you need to prepare before class for this activity is a marker. It is a good idea to make sure that your classroom has enough space to move around as well, so you arrange the desks and chairs appropriately beforehand.

Have the students form two lines in two teams. Having teams makes it more competitive and gets the class more interested in the activity. Make sure that the teams have similar abilities so that one group doesn’t have a huge advantage over the other.

Explain to them that the goal of the game is to remember words that you hear, repeat them aloud and finally write the words on the board if you are the last person in the line closest to the board.

Do a practice run first. Tell the students that this example isn’t worth any points. Go to the back of the lines with a couple board markers and whisper a simple word (like “cat”) to the first students.

After the trial run and once they understand the purpose of the game, start the game and start awarding points to the teams after each round. Note, if a student can’t write the correct spelling of a word, he or she can ask their team for help.

By the end of the pass the marker game, every student should have had a chance to write a word on the board for their team. Everyone can go back to their seats. Remember to review any spelling errors that they had together as a class.

To conclude the activity, you could try a group “spelling bee” competition or even do a written dictation to reinforce what they learned. If you want to do something that is more interactive, try the Pictionary ESL Game using the vocabulary that they used in the game.

ESL Games for Kids and Adults: 50 Fun Activities for Teaching English as a Second Language

Order the book directly from your country's Amazon store!