The Apples to Apples ESL Game is an adaptation of the popular card game Apples to Apples. It is a fun interactive activity for all ages and levels. You can use the official game itself or, if it’s not available at your school, you can create your own version. 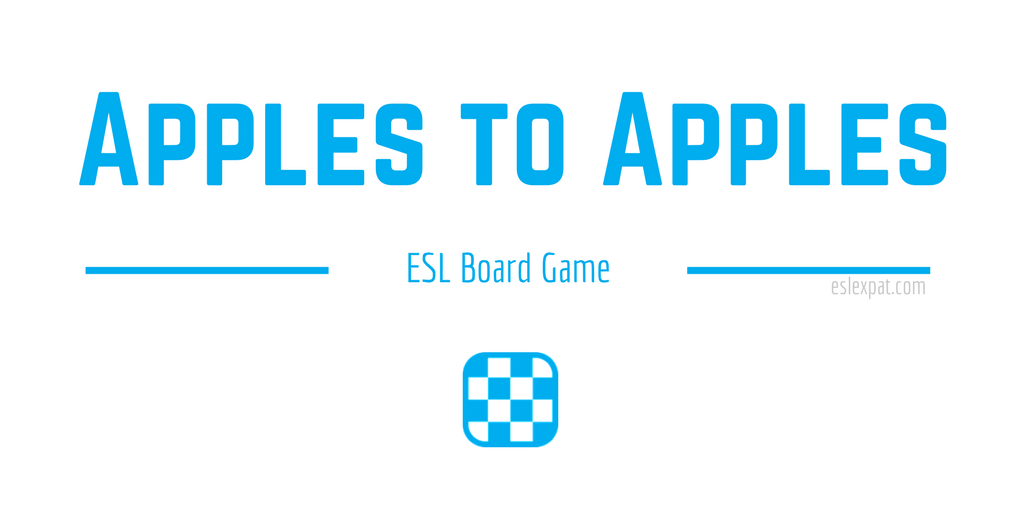 Before class, if you don’t have the official board game, you will can find an alternative version of the game’s vocabulary online. You could also get creative and type out words for the game yourself.

So if you don’t have the original game at your school, you will need to either create a mini version of these two word groups or find them online. Check out some sample cards on this Apples to Apples fan site.

There are many ways to play the game of Apples to Apples. This article will outline a simplified version that works particularly well for English language learners.

Now that you have prepared your two groups of cards, you can begin the game.

Divide the class into teams if you have a lot of students in the classroom. For smaller classes, you can have individual students compete against each other like in the normal version of the game.

You may want to model an example for the first round so everyone knows what to do.

From the green deck, select one of the adjective cards. For example, the word could be “delicious”. Show the word to everyone in the class. Elicit the meaning of the word.

Next, deal about five random cards from the red deck to every team.

Each team should pick one noun card from their deck that they think is delicious. In this case, most groups will select food from their deck if they have any nouns that are food. If they don’t have any food nouns, then they may have to get a bit more creative with their card selections.

After every team has selected their cards, they should put it face up on their desk.

The teacher then reads every card from each team aloud. It would also help to write the words on the board for everyone to see.

Now, here is where the students will have to practice speaking. Every team should explain why the card that they selected is the most delicious. The teacher gives each team an opportunity to explain their reasoning.

Once every group has had a chance to speak, the teacher decides which explanation was the most convincing. The team with the best explanation gets a point. Alternatively, the teacher could award appropriate amounts of points for the best two or three explanations.

After modeling the example for the class, play the next round and continue the tasks in a similar fashion.

The group with the most points at the end of the game wins.

If you have time, you could try reviewing the more difficult words or phrases from the game that students had problems with. For instance, you could get the students out of their seats and try the Board Race ESL Vocabulary Game using some of the words from the Apples to Apples ESL Board Game.

Thanks for the mention of my website, ESL Speaking! I appreciate it.

You’re very welcome Jackie. Your site is an excellent resource for teachers and students!