Box of Lies is another adaptation of a game played on The Tonight Show Starring Jimmy Fallon.

In this version of the activity, students create drawings placed into a box. Then, students take turns describing the drawing while others try to guess if they are lying or not. 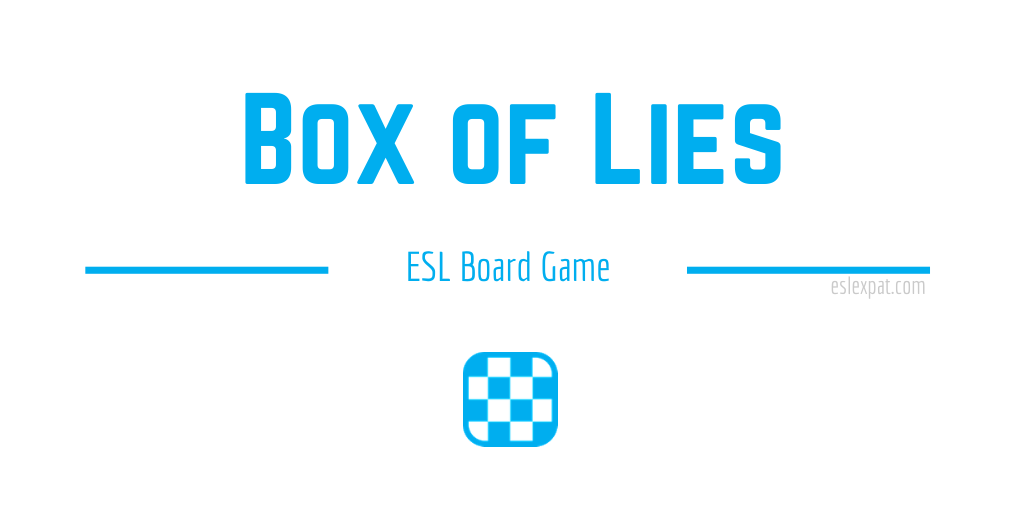 To prepare for the game, watch a few skits of the game on The Tonight Show. You may want to pick one or to that you would like to show to the class.

Make sure to have plenty of paper and pencils ready too.

To begin, show an example video of the Box of Lies game from The Tonight Show on the projection screen. Otherwise, you may want to let the students watch it on their smartphones or other devices.

Once they get the aim of the game, model the classroom version on the board. For example, draw a strange picture of a man standing on a pizza holding a birthday cake. The cake could have a large hockey stick as a candle. The flame emitting from the candle could be in the shape of a cloud with a lightning bolt.

Next, model the description task. Look at the picture and describe it to the class. However, when talking about it, don’t tell the whole truth.

The class will get the grasp of it after modeling the example.

For the next stage, hand out pieces of paper and tell the students to draw a silly picture. Let them be creative and use free association to draw whatever comes to mind. Also, remind them to put their name on it.

Then, divide the class into small groups or pairs. Give each group a random picture. Each student in the group takes turns describing the picture. Tell them that none of their descriptions can be the same and only one person can tell the truth.

Once they have completed the task, they must then vote on who is telling the truth.

Try the same task with other pictures when they are finished.

Of course, you can adapt the rules of the game to suit your situation and the size of the class.

To conclude the lesson, you could try reinforcing some vocabulary with Two Truths and a Lie. A quick round of ESL Cup Pong is a fun way to finish a lesson too.