Creating dialog for comics is a fun way for students to spark some creativity and improve their writing skills. This comic strips ESL activity can be done with any popular comic strip that you can find online and edit accordingly for your students’ levels. 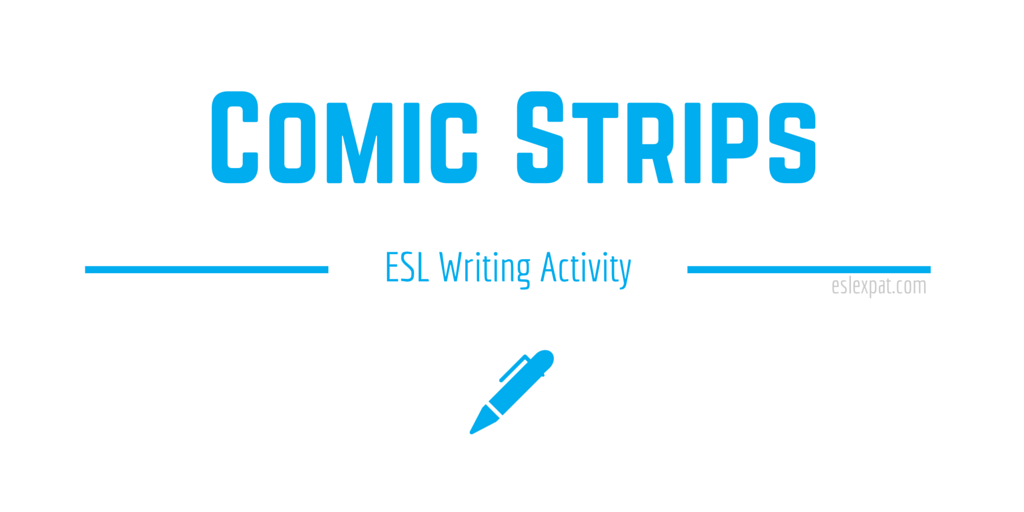 Browse the web for popular comic strips. There are a number of websites that have PDF versions of comics or newspapers that include them in their online publications. Find one that is appropriate for your students’ tastes and print it out to prepare. Select a variety of different ones depending on how much time you want to spend doing the activity in class.

With the printed copy, take some white-out and remove all of the text from the comic strip. Blank out everything that the characters say and any other text that appears on the comic strip.

In advance, photocopy the edited comic strip for as many students that you have in the class. It should appear so that all of the dialog “bubbles” are completely blank so that the students can write their own dialog ideas inside.

At the start of class, introduce the activity with a discussion about popular comic book characters. The conversations should be narrowed down to the type of comics that you have selected.

For example, if it’s about superhero characters, try to get the students talking about classic characters like Batman, Superman, and Iron Man etc.

Hand out the “blank” versions of the same comic strip, then tell them to write alternative dialog for the scene. Give an example of what they could write in the first scene of the comic strip so they have an idea of what to do. Then, have them write dialog in the remaining blanks with a partner or group.

Assign a time to complete the task. Depending on the length of the comic, it should probably take five to ten minutes. Encourage them to be as creative and as funny as they can be. The best dialog will be voted on at the end of the activity.

Next, once every group has completed their comic strip, have them each role play what they created in front of the class.

Give some feedback. Correct any errors that they may have made. You could give a 5-star rating on the board for each group when they have finished presenting.

Finally, when the comic strips writing activity has been completed, you can show the class the original comic strip to see how theirs compares to it.

Time permitting, hand out another comic strip and have the class complete the second one doing the same writing task. Optionally, you could also finish up by having each group create their own customized comic strip with their own drawings and dialog.

If you want to end the class with a fun activity, try the Mystery Word Game in our vocabulary games section.