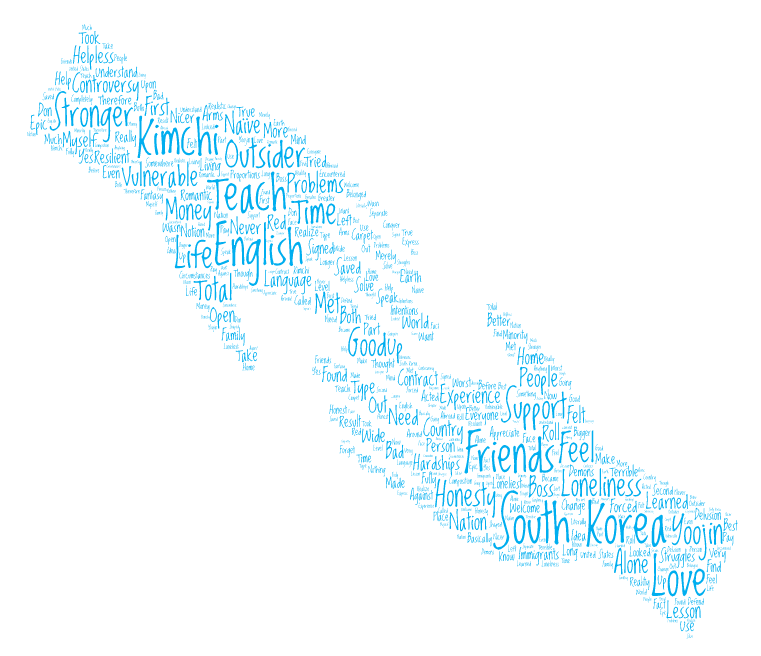 When I signed up to teach English in South Korea, I had this romantic notion that everyone would be nicer there, that I would have better friends there, and that basically, South Korea would solve all the problems of my life in the United States. I really thought that when I got there, that everyone would roll out the red carpet for me and welcome me with arms wide open.

I was naïve and didn’t realize that this fantasy was really just a delusion of epic proportions. The reality is that South Korea is just like any other country on Earth. Therefore, this nation is not all good or all bad, but merely a composition of both. As a result, this nation is home to both has good and bad, who have good or bad intentions. And I met both types of people while teaching English as a second language.

I met people who tried to take my money, like my boss, but I also met the very people who saved me when I needed to be saved the most, people like my dear friend Yoojin. When I was at my loneliest, she took me in, had me help her family make kimchi, and made me, for the first time in a long time, feel like I was a part of something bigger than myself. I felt like I belonged somewhere and like I had people who really loved me, even though they looked and acted nothing like me. They just loved as I was when I needed it the most, and that I will never forget.

Before I left, I had no idea how much I would need that type of love and support. When I signed that teaching contract, I didn’t fully appreciate that I would be totally alone, in a country where I did not speak the language. I would know, for the first time in my life, what it was to be a total outsider. And that was the best and worst lesson I could have ever learned.

Yes, it felt terrible to feel completely separate from the place I called home. But, this feeling of loneliness forced me to find true friends and express to them how I really felt. I could no longer conquer the demons of mind alone. I needed the love and support of the people in my life, and I found that because I was open and honest. But I would never have found this level of honesty if it wasn’t forced upon me by the circumstances of my life in South Korea.

I also learned what it’s like to be a minority in a country where I don’t speak the language and where people use that fact against me. I felt totally helpless and vulnerable because I could literally not understand what was going on and how to defend myself against a boss didn’t want to pay me.

But would I change this experience for the world? No. I became a stronger and more resilient person because of the controversy I encountered while living abroad. I now also have a greater appreciation for the struggles and hardships that immigrants around the world face. My experience in South Korea shaped me into a more understanding, loving, and realistic person, and I would not change that for anything.

Are you interested in teaching English in South Korea?

Browse English teaching jobs in South Korea on the job board.